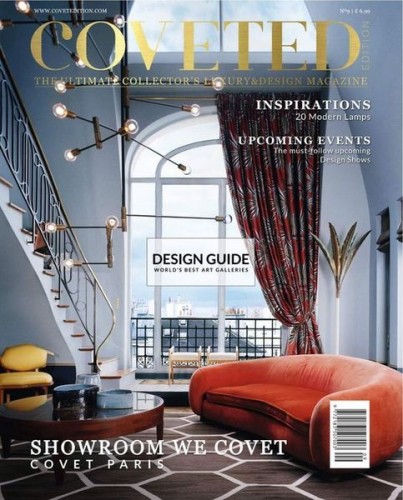 MINIMAL MINE PROJECT
BY ZOOI STUDIO 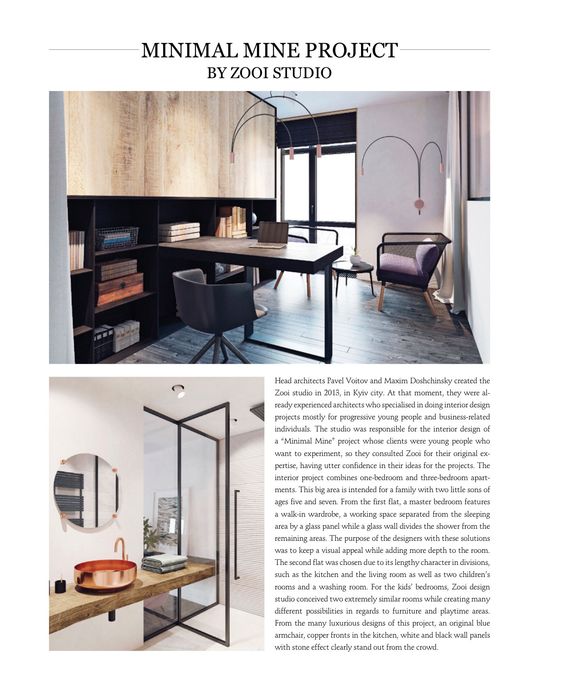 Head architects Pavel Voitov and Maxim Doshchinsky created the Zooi studio in 2013, in Kyiv city. At that moment, they were already experienced architects who specialised in doing interior design projects mostly for progressive young people and business-related individuals. The studio was responsible for the interior design of a “Minimal Mine” project whose clients were young people who want to experiment, so they consulted Zooi for their original expertise, having utter confidence in their ideas for the projects.

The interior project combines one-bedroom and three-bedroom apartments. This big area is intended for a family with two little sons of ages five and seven. From the first flat, a master bedroom features a walk-in wardrobe, a working space separated from the sleeping area by a glass panel while a glass wall divides the shower from the remaining areas. The purpose of the designers with these solutions was to keep a visual appeal while adding more depth to the room.

The second flat was chosen due to its lengthy character in divisions, such as the kitchen and the living room as well as two children's rooms and a washing room. For the kids' bedrooms, Zooi design studio conceived two extremely similar rooms while creating many different possibilities in regards to furniture and playtime areas. From the many luxurious designs of this project, an original blue armchair, copper fronts in the kitchen, white and black wall panels with stone effect clearly stand out from the crowd. 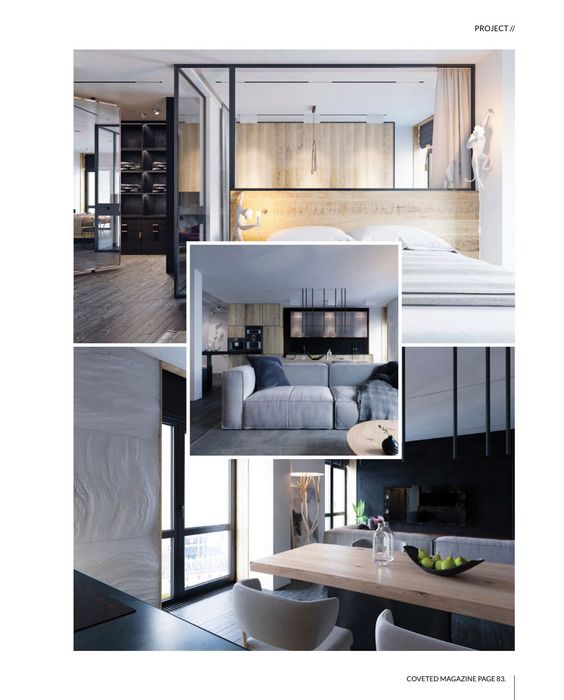 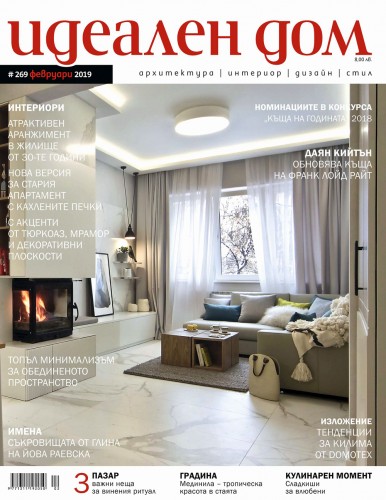 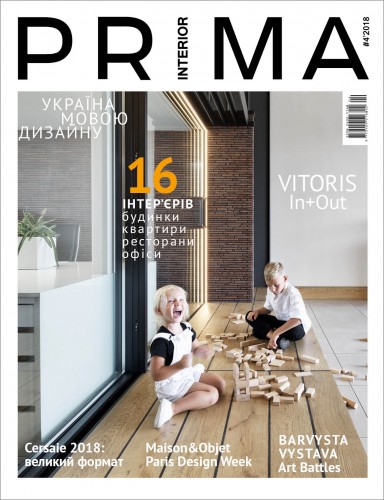 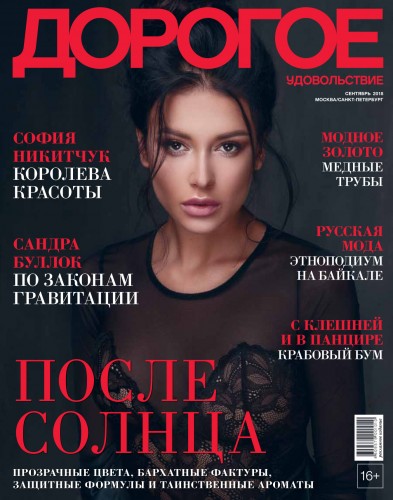 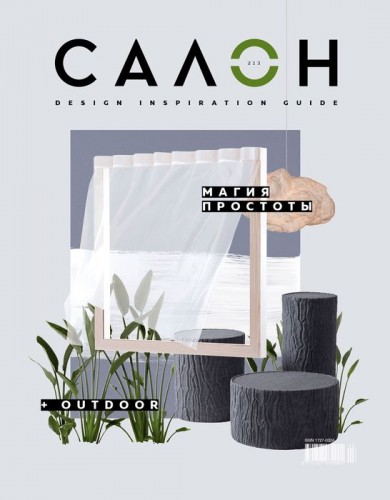 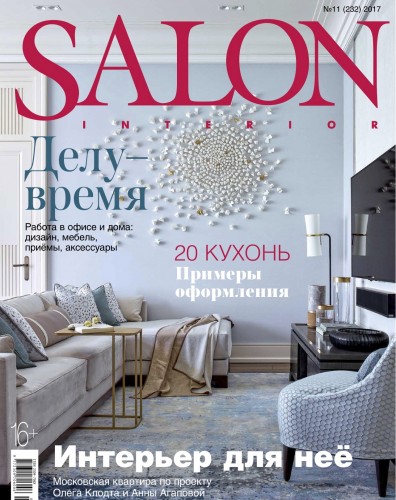 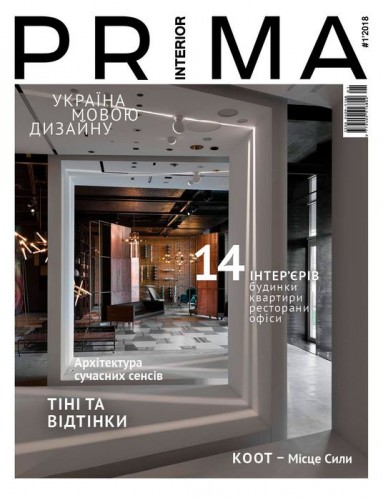 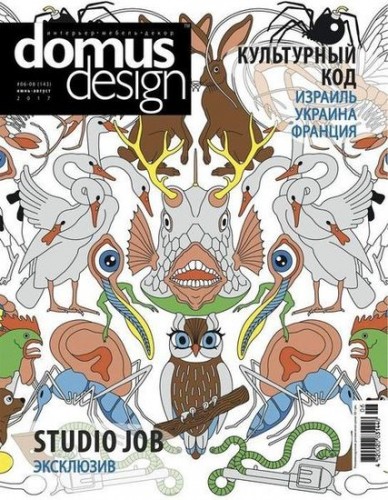 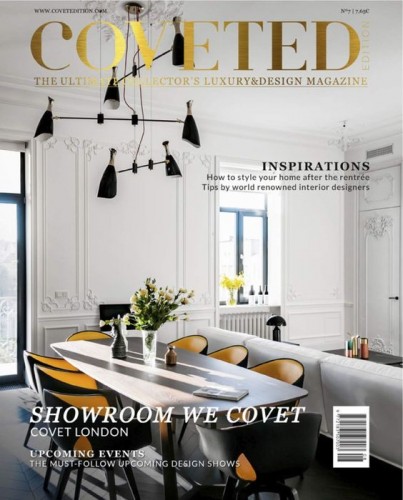